Here’s a high school Chemistry class question: What happens to matter when you reduce the volume or the space of the container it’s in?

The answer: The pressure inside goes up.

So the smaller the space = the greater the pressure.

For many, their worlds, and world (views) are very, very small; producing much internal pressure. For others, lack of preparation is the culprit.

Pressure impacts performance. Those who handle pressure the best, have the best outcomes.

Too little pressure is unmotivating and uninspiring. It ushers in mediocrity.

And too much pressure can produce stiffness, sterility, and uncertainty.

By all accounts, the recording and mixing sessions for the classic track “Under Pressure” co-written by David Bowie and and Queen, and appearing on Queen’s 1981 album Hot Space, were so pressure-filled and tense, that the song was almost not released.

See, the problem is = we often cannot control the amount of pressure we’re under.

So, the solution is = preparation.

Because the very best antidote to pressure is preparation. This is the ongoing sharpening of the saw (so-to-speak) = which is the skill enhancement and training specific to your craft, techniques, education, communication, and perpetual motivation… on your best, and on your worst days.

Pressure (regardless of its source, amount, or timing), skillfully managed, ushers in peak performance and excellence. This is the difference between the good and the great.

The great have the ability to consistently deliver stellar performances in the moments that count the most.

“There is no such thing as talent. There is pressure.” ~ Alfred Adler

I believe the greatest accomplishments call for the emergence of talent under pressure… by being prepared and proactive to perform, and to ulimately produce results. 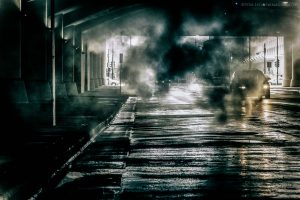