Episode #016 of the Sound Matters radio show kicks off with headlines in music and entertainment news, and spotlights three classic albums & tracks tied to this week in music history by The Bee Gees, Aerosmith, & Alice In Chains… Tom interviews AUSTIN DICKINSON from the excellent new UK band AS LIONS. If you’re into heavy, melodic, and well-produced music with intelligent lyrics, then As Lions is a great band to check out… Each Sound Matters Radio episode concludes with Tom’s signature Sound Matter Moment… 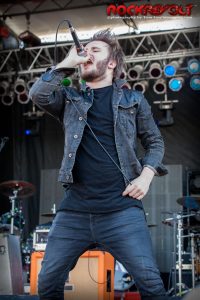 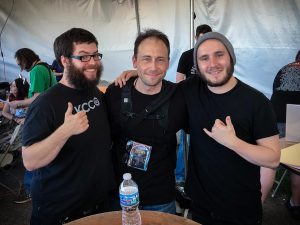 Tom with Will & Austin from As Lions 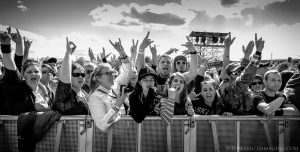 >> If you, your business, or organization is interested in sponsoring the Sound Matters radio show, please email us at soundmatters@tomleu.com

**On-demand show podcasts and streams of all episodes will be available the week following each show’s air date on this site, as well as on iTunes > HERE.

> Until we meet again… Stay tuned-in…

Click below to listen to recent Sound Matters radio episodes: